The import summary report shows imports via API or file import from the last 30 days. Only imports to the current list will appear in the report. If your import occurred prior to 30 days in the past, the import history would have been purged and is no longer viewable.

📌 This report is useful to understand the contacts who are being added to your list and how many contacts associated with an import, for example from an in-store event, were already subscribed.

To access the report, in the navigation go to Analytics > Import Summary. 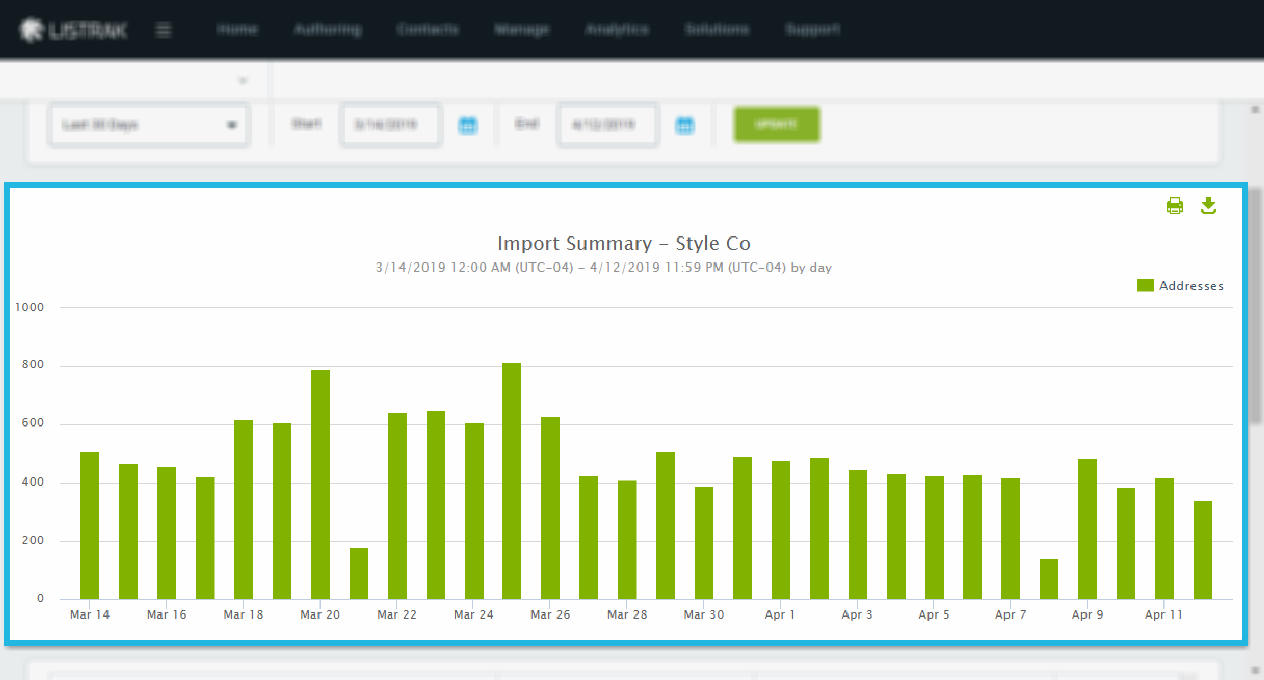 The graph displays the number of email addresses imported on each of the 30 days. Hovering over each bar will display the number of contacts.

The chart view provides additional data about the imports. You can sort and filter based on these fields to view data:

You can also drill further into the report by clicking any underlined number in the Processed column. The details page shows you the results of the processed records. Drilling into the underlined numbers from this page gives you a list of the actual email addresses attached to those records. 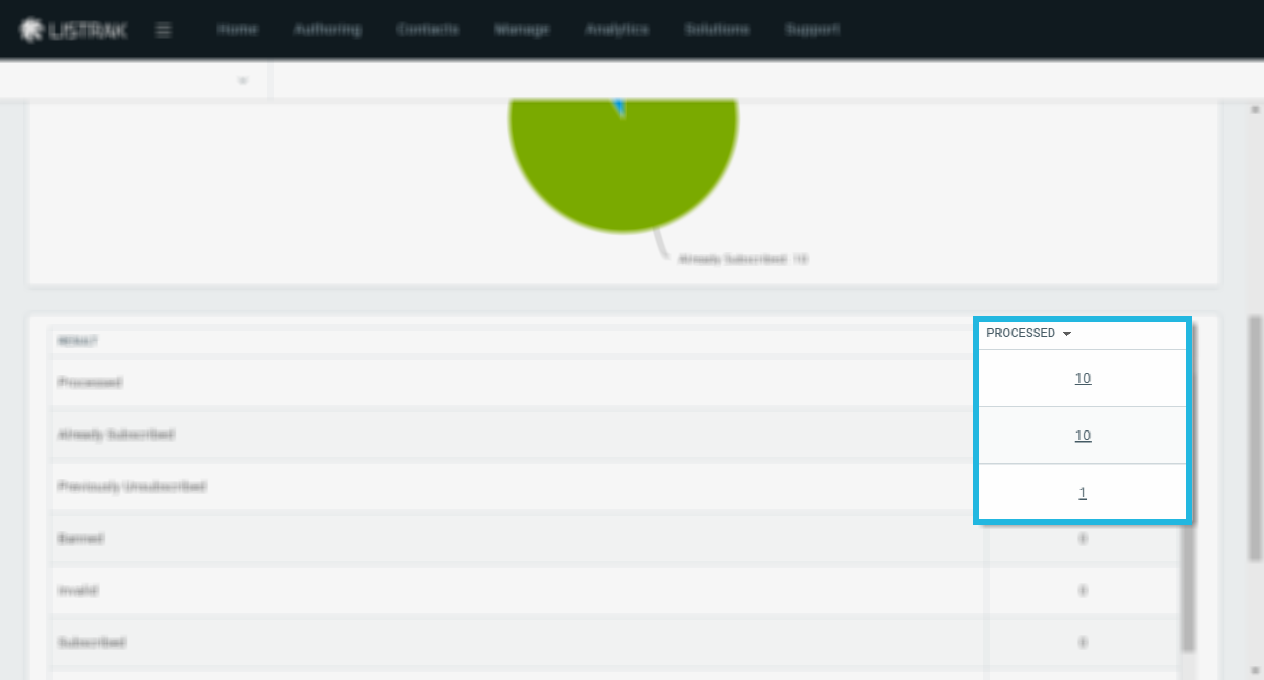