When creating a broadcast message or keyword campaign there are many elements in these messages, such as: links, special characters, emojis, coupons, and compliance language. However, it's important to understand message encoding requirements and how it may affect parts of your message, such as character count. 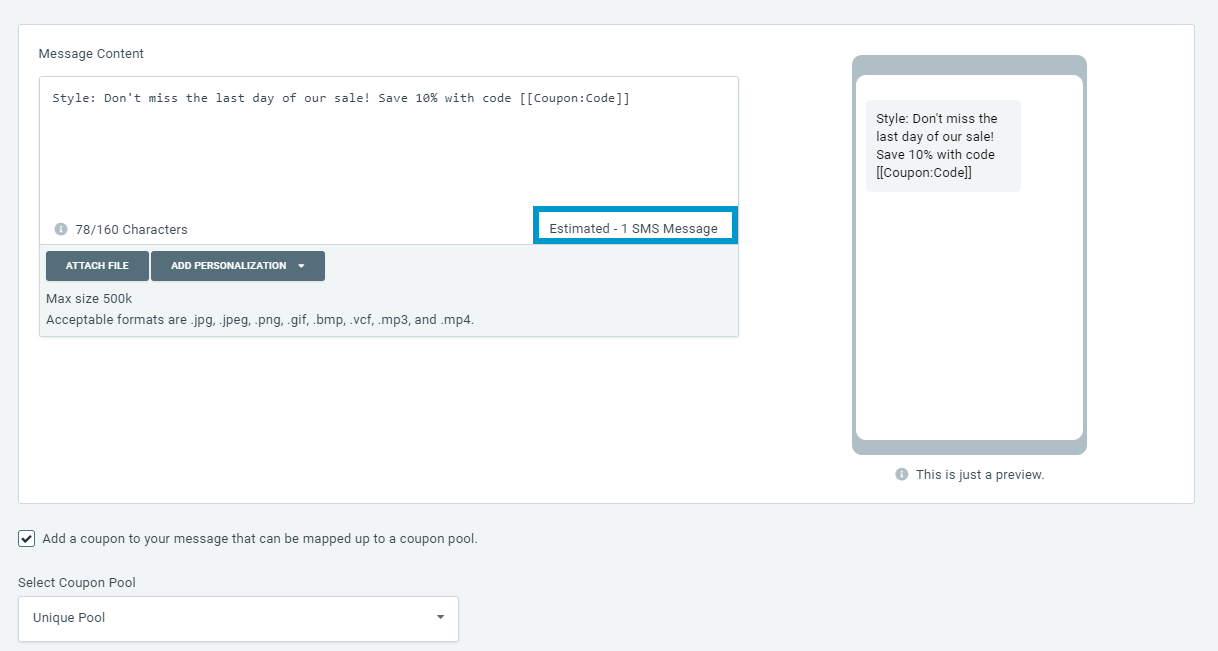 The types of characters used in an SMS message will determine the type of encoding used. The two types of SMS character encoding are:

When creating a message, be conscious of the following: