Written by Brandon Brophy
Updated over a week ago

Use the SMS Broadcast Message Dashboard for a detailed performance report on your broadcast messages sent to your list. When using this dashboard, you will see the three most recent broadcast sends, with an at-a-glance look of when they were delivered, how many, and the message content.

The data grid displays metrics related to the performance of your broadcast messages and is broken down by sent and scheduled messages. 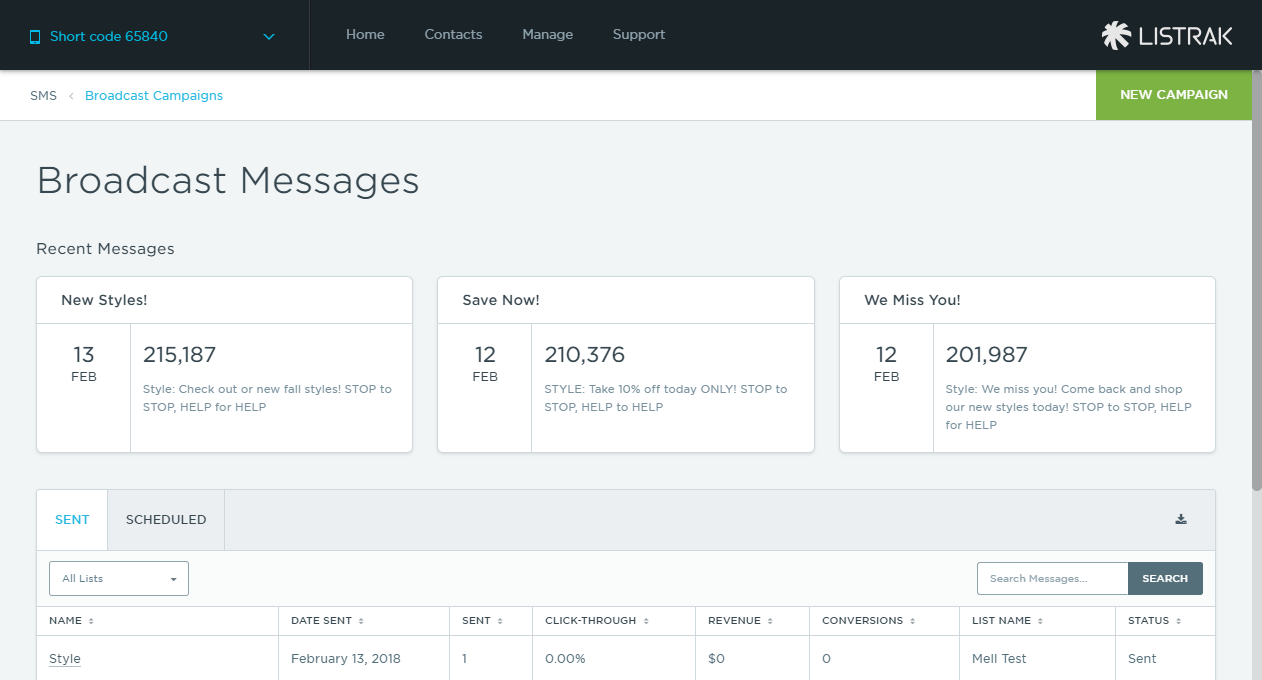 These are messages that have been sent or are in the process of sending and visualize the following: 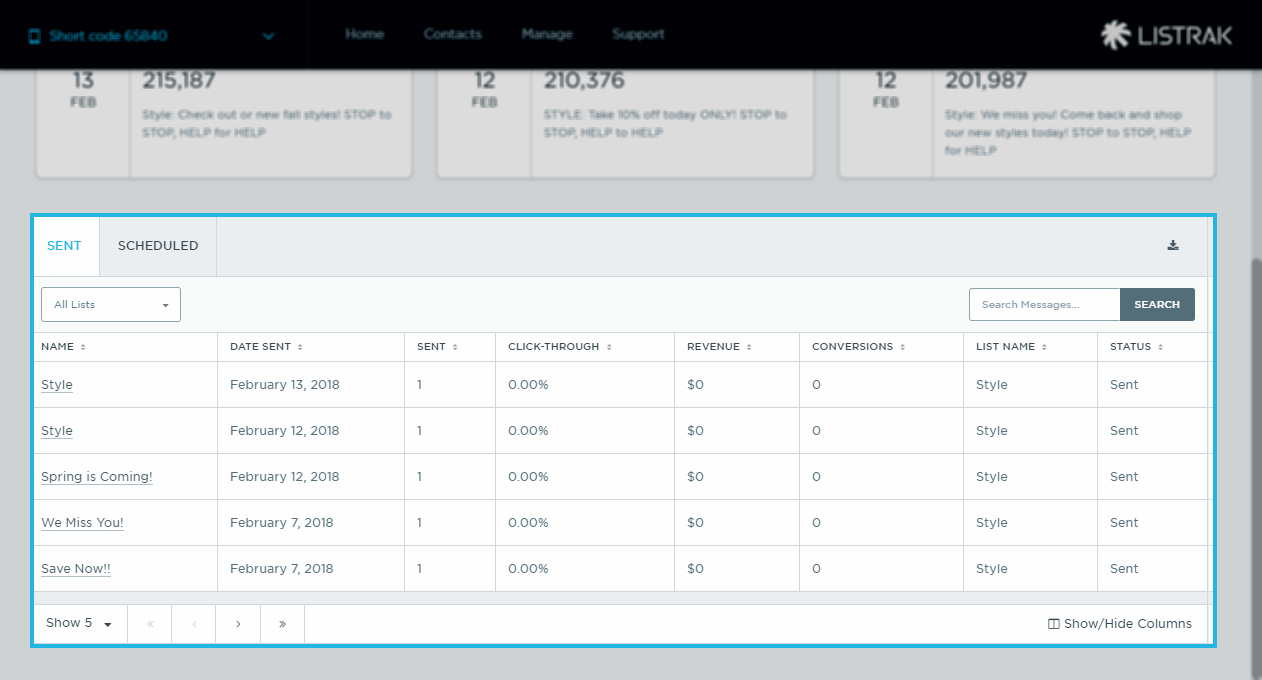 Messages that are scheduled and have not been sent are represented with the following: 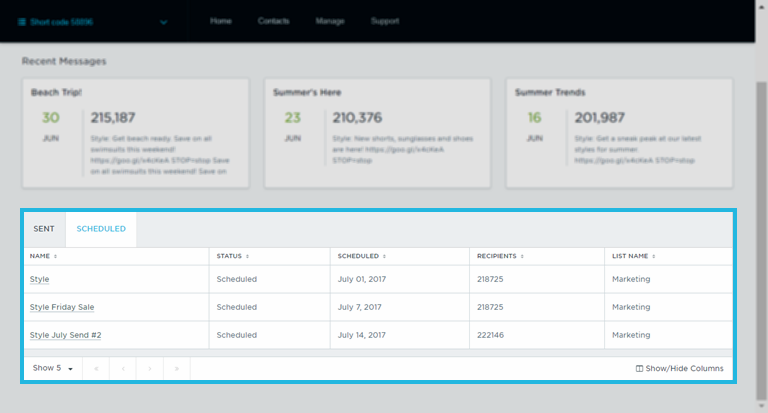 NOTE: Messages that are scheduled may be edited by clicking the name of the message until the message begins to send.