Learn what the different types of barcodes are and what they are used for.

Code 39 is a 1-dimensional barcode (1-D), which is used to represent the traditional recognized barcode style. 1-D barcodes have different widths and spaces of the lines, but are linear. Its name stems from the original character limit of 39.

Code 128 is also a 1-D barcode. Code 128 is useful in bigger industries for transportation and distribution with a non-point of sale (POS). Code 128 is a combination of 3 subsets (A, B, C) each allowing for different levels of density and character sets. This is represented in the beginning bars of the barcode.

Quick Response (QR) codes, which are commonly known as 2-dimensional (2-D) barcodes or matrix codes, are viewed both horizontally and vertically. 2-D codes are capable of holding more information. QR codes have the accessibility to be scanned using a laser scanner and are commonly viewed on a smartphone device. 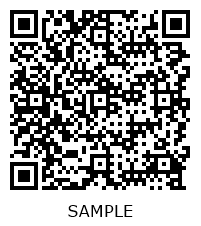